I, a 31-year veteran of the gas and oil industry, have created a non-profit museum at 184 Main Street, Trussville, AL, 35173 displaying a replicated 1960 era gasoline station depicting the old “Standard Oil” brand of that time, and permitting the public display of my private collection of vintage automobiles and collectibles, hosting everything from antique Coke machines to a rare '62 Corvette Fuelie. Classic Cars & Garage Museum is an opportunity for me to share the past with the motoring public before it is forgotten. My love for cars can be traced back to my childhood spent in the Legion Field area of Birmingham. When I was a little boy I was infatuated with cars, specifically Corvettes. But with my family, there was no way we could afford to have one.  But the self-confidence of youth and an opportunity to prove myself, I was able to launch a career that would immerse in an industry that literally fueled my passion— gasoline and oil. In 1974 I began working in sales at Petro Supply Company working in the warehouse and doing deliveries, eventually working my way up to sales.  Ten years later, in 1984, I started a small consulting company of my own, Rock Oil Company Inc., primarily working with Moore Oil, Alabama's largest gasoline jobber in the state of Alabama representing Chevron, Shell, Exxon, Marathon, BP and Citgo. From there I began developing retail gasoline locations along with owning my own properties and facilities.
When I saw the building on Main Street, which was built in the late 1950s, I knew I had to have it. Fresh paint and extensive repairs has given the building a fresh, distinct look, paying homage to the Chevron/Standard Oil conglomerate that has played a large role in my life. I enjoy the common interest from the museum visitors, allowing photo shoots that have included local high school senior portraits, recording artists and non-profit groups, as well as those who just wish to browse and bring back old memories. I plan for the current building to remain a historic replica and hope to work with the city of Trussville, potentially gaining permission to erect historical pole signage and fully restore the building. I'm not interested in making money here, it's strictly for the people’s enjoyment. The older people who come in here and smile and discuss the old cars they used to have— that's what I enjoy more than anything. I like doing that for other people and I’m very fortunate and blessed to be able to do so.

Special influences in my life that helped my vision become reality:

Also- a special thanks to my daughter, Dominique Neason, for creating the website. 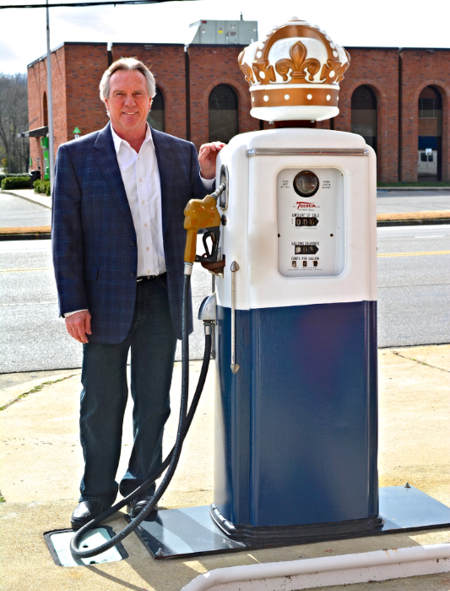